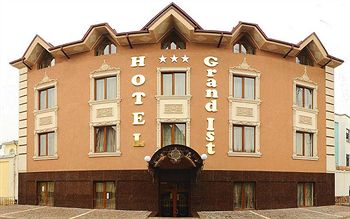 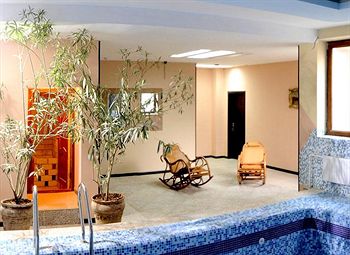 We are still waiting for our first customer review!

Property Location
A stay at Hotel Grand Ist places you in the heart of Tashkent, convenient to Fine Arts Museum of Uzbekistan and Navoi Opera Theater. This hotel is within close proximity of Independence Square and Pakhtakor Markaziy Stadium.

Rooms
Make yourself at home in one of the 34 air-conditioned rooms featuring refrigerators and minibars. Plasma televisions with satellite programming provide entertainment, while complimentary wireless Internet access keeps you connected. Private bathrooms with shower/tub combinations feature rainfall showerheads and makeup/shaving mirrors. Conveniences include phones, as well as desks and ceiling fans.

Rec, Spa, Premium Amenities
Don’t miss out on recreational opportunities including an indoor pool and a sauna. Additional features at this Victorian hotel include complimentary wireless Internet access and a television in the lobby.

Dining
You can enjoy a meal at a restaurant serving the guests of Hotel Grand Ist, or stop in at a snack bar/deli. Quench your thirst with your favorite drink at a bar/lounge.

Business, Other Amenities
Featured amenities include a business center, an Internet point, and a computer station. Event facilities at this hotel consist of a conference center and a meeting/conference room.

We are still waiting for our first customer review!