Looking to escape the 9-5 and head off somewhere a little more exciting for a while? We reckon you’ll be bowled over by Gilmerton. Sitting pretty in West Lothian, it’s one of our favourite places in United Kingdom.

Most people tend to go to Gilmerton for 2 nights, and they particularly like jetting off in December. July has proved itself the least popular time to travel – but going in the low season does have some plus points, like littler crowds and bigger bargains.

Once you’ve decided when to go, you need to pick a place to stay. If you like taking your lead from others, you might find it interesting to know that most of our customers go for 3-star accommodation, which will set you back around €57.17 a night, while Mercure Edinburgh City Princes Street Hotel, Ten Hill Place Hotel, Ibis Edinburgh Centre South Bridge, Travelodge Central Waterloo Place Hotel and Travelodge Edinburgh Central reign supreme as the most-booked hotels in Gilmerton.

But there’s no need to copy everyone else – we’ll sort you something that’s right for you. If it’s a three-star hotel you’re after, we can find you somewhere for as little as €20 a night, although most places are closer to €57. For a four-star room, you can expect to pay €74 a night, with the cheapest option being just €22. And if you’re looking to live a life of luxury, we’ve got some five-star places on our books, too. These average out about €124 a night – but, if you’re lucky, we might be able to source something for €59.

Hotels aren’t the only thing we’ve got heaps of – we’ve got our fair share of flight options too.

Browse a cracking selection of the most popular hotels in Gilmerton

Edinburgh
7.5
(based on 100 reviews)
Hotel was really nice and in an excellent location for the Christmas markets and shopping. Breakfast was good. Bathroom was a tad small, but fine for the length of stay. Would have been nice to have a handheld shower.
Harriet from Bury St. Edmunds checked in Fri 20 Dec 2019
Room Price from
€60
(per person per night)
View More

Edinburgh
8.3
(based on 117 reviews)
I have stayed here before around 4 years ago and as then the service was great. We received an upgrade to a suite out of pure courtesy, good staff and very welcoming. Great location too!
Scot from Glasgow checked in Sat 14 Dec 2019
Room Price from
€75
(per person per night)
View More

Edinburgh
8.5
(based on 29 reviews)
Very friendly and helpful staff, food was lovely, room was lovely and clean, definitely would stay again.
Sandra from Drogheda checked in Mon 03 Jun 2019
Room Price from
€52
(per person per night)
View More

Slateford
7.4
(based on 41 reviews)
Great locaton in the centre of Edinburgh, swift check in, even managed to get in the room a bit earlier. Good night's sleep and swift check out in the morning. What more could you ask for?
Agnes from Lanark checked in Mon 30 Dec 2019
View More 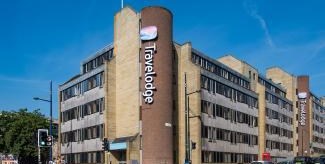 Work out when the best time is to visit Gilmerton
Looking for a flight and hotel in Gilmerton?